Keep informed and in the know with our useful resources and guides.

Joanne has worked in HR, Learning and Development and Management roles for over 30 years, with employment experience in the NHS, the Education Sector, SMEs and charities. She has worked as an independent Consultant, headed up HR teams and, with a Business degree, Teaching Qualification and Fellowship of the CIPD, she works in many different ways with our variety of clients. Her passion is organisational development and she is currently enhancing her skills and expertise in psychometric testing.

Joanne has worked in HR, Learning and Development and Management roles for over 30 years, with employment experience in the NHS, the Education Sector, SMEs and charities. She has worked as an independent Consultant, headed up HR teams and, with a Business degree, Teaching Qualification and Fellowship of the CIPD, she works in many different ways with our variety of clients. Her passion is organisational development and she is currently enhancing her skills and expertise in psychometric testing. 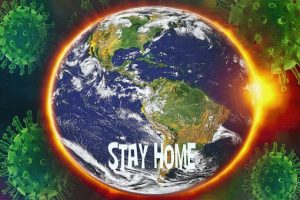 Tuesday – Client called today to check how to bring some of their production staff back to work as sales are increasing of their custom-made packaging – something to do with a big order coming in from another company who has moved its business online. Discussed how well business has been over the last week or so and that they desperately need to get production back up and running. So pleased to get some good news!

Advised them to use our template letter as the base for a formal notification to staff that they were required back at work.   I explained how many people have been worried about coming back so advised that they contact them by text in the first place, then talk to them on the telephone about returning, so that the letter just confirms everything.

Wednesday – Client rang again –one of the production team is saying she can’t come back to work just yet. I reminded them that a condition of furlough is that people remained available to return to work when required to do so (and quickly checked that the letter furloughing her in March had stated that – thankfully, it had!). We had a conversation about whether it was OK to ask the employee where she was, because apparently it sounded like she was far away and she was being really vague with them. “Of course you can ask – you need to know why she isn’t coming back to work. Remind her that she is still an employee and the company requires her back”.   Amended letter sent. People really should realise they are lucky to have a job at the moment, and should be jumping at the chance to come back!

Thursday – Client advises that the employee, T, is actually in Spain. He explained that she is Spanish and went home at the beginning of June. Apparently, no one knew – she hadn’t requested annual leave or told anyone she was going.   She’d carried on participating in the Whatsapp! group that had been set up for everyone during the crisis and had not said anything at all, despite having the easy means to do so. Discussed the options – could she take annual leave, would he have to pay the furlough money back (was this even fraud on their part ?), and whether not being available was a disciplinary offence (potentially, yes). Eventually they decided that they would let T use annual leave for the time away, make an adjustment when next claiming Furlough money, require her to come back next week instead (give her a couple of days to arrange a flight) then go through a disciplinary process then, considering that she hadn’t followed rules and failed to follow a reasonable instruction. Templates for letters downloaded from our client resources and a new letter sent.

Saturday Just heard on the news that anyone returning from Spain now needs to quarantine for 2 weeks, so even if T comes back now, she won’t be at work for a fortnight. Need to ring the client first thing Monday

Monday – Spoke to the client and he said he wanted T back at work – the role is crucial and can’t be done at home. Reluctantly agreed to wait the 2 weeks as he wouldn’t be able to train anyone else up in that time in any case.   Did an updated letter informing the giving the two weeks as unpaid leave and moving the return date back. Again.

Tuesday It gets worse.   Turns out T has actually had cosmetic surgery and is recouperating – it was cheaper in Spain and she wanted to get over it in the sun. She can’t travel at the moment and in any case, has paid for more surgery to take place 4 weeks after she’s got over this lot, so she won’t be able to return until after that (and then she’ll have to quarantine!). So she won’t be back for nearly 2 months.

Client needs someone in that role so that he can fulfil the client orders and hopefully save the business! He has decided that he now feels so let down by T, and that she’d lied to him and kept things from him that he’s not sure he can ever trust her again. He found out that she hasn’t even bought a return flight home!

We therefore advised him on how to take disciplinary action, particularly while someone is out of the country. It’s OK to do this if there is a good reason why their continued absence can’t be tolerated.

Wednesday – After gathering all of the evidence (the times when T was in contact with the company, the notes from telephone conversations with her where she said she ‘didn’t realise’ she couldn’t go away, the emails from the company to all staff keeping them updated) , T has been invited to a disciplinary meeting via video on Friday. Discussed the implied term of trust and mutual confidence and that this may have been breached – but he wants to hear her side of the story in a formal setting (and hopefully get an apology from her and a plan together). Letter (advising that this could be gross misconduct) all done, manager briefed in how to run the meeting.

Friday – Hearing now delayed because T says she cannot understand English very well – a surprise to the client and to his other managers who has always been able to communicate with her. Advised that they use a translator to ensure that she is absolutely clear about the allegations and the hearing.

Monday  – The hearing took place today, T was accompanied by her brother (an exception, but he was going to be translator – although he wasn’t used as she understood every word!). Having considered everything, with T’s insistence that she couldn’t return within 2 months, it was concluded that her absence was unauthorised, that she’d made no attempts to apologise or return and had no intention of doing so. Her employer could not tolerate her returning now – he has no trust in her or confidence that she could be relied upon. So she was dismissed for gross misconduct (and our template letter used to confirm this).

One week later No appeal from T. What a sad end to someone’s employment.

If you’re looking for advice and support when things don’t quite go to plan (or ideally before they go wrong!), please give us a call on 01206 700690, email info@hrelite.co.uk or visit our website www.hrelite.co.uk

Recommended To Read Next…

A Guide to Homeworking – Contingency Planning for Corona Virus (COVID-19)

The UK is well prepared for outbreaks as seen in previous pandemics, for example Swine Flu 2009/2010. As a country, we are planning for what could happen and taking precautions to...

Can my staff refuse to return to work from furlough now I have work for them?

This really depends on what measures you have put in place to ensure their health and safety especially in the current circumstances. What rights do my staff have? Employees are protected...

Register now for your training course for health and safety.